Hoe Tonga will be offering W12 races at this year’s Regional Sprint Champs, held in Masterton on 3-4 December. 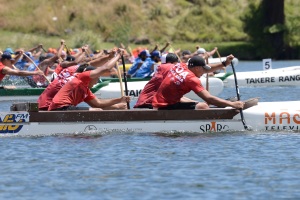 They will be initially offered in three divisions: Intermediate, J16 and Premier. Hoe Tonga invites clubs to enter their teams. If clubs are interested to enter other divisions, then in the first instance we would like to have them race in any of the divisions noted above (eg J19 and Masters can race in Premier; Midget teams can race under Intermediate).

W12 races will be raced last on Saturday, 3 December, ie following the completion of the W6 races over 500m and 1500m on that day (this is for logistical reasons, as it involves utilising the same canoes used for the 500m and 1500m races).

For more information on the Hoe Tonga Sprint Champs, go to https://hoetonga.co.nz/2016/10/10/regionals-2016-in-masterton-henley-lake/.